The need for speed: How mobile messaging-based solutions uncover deeper, richer insights faster than ever before

Back in 2002, the marketing folks at UPS decided to ditch their longstanding slogan—“Moving at the Speed of Business”—in favor of something they hoped would show all the things that they could do beyond fast delivery. They went with, “What Can Brown Do for You?”

The new tagline was widely seen as a clunker, so in 2010, UPS switched gears again to “I (Heart) Logistics”—and in 2015, yet again, to “United Problem Solvers.” None of the taglines stuck—perhaps because, as it turns out, moving at the speed of business is exactly where brand success lies.

In many respects, UPS’s relentless focus on timeliness was ahead of its time. Today, whatever field you find yourself in, the speed of business is very quick indeed—and most brands are not moving fast enough. For insight professionals, whose work informs key strategic and tactical decisions, being able to respond quickly—in both proactive and reactive ways—is critical to a brand’s success.

Back when UPS was tinkering with its slogan, the Internet was still a fringe activity, mobile a non-entity—and researchers were working in an analog world of weeks and months. Clients would issue an RFP for a project and research vendors would prepare a proposal. If they won the project, vendors would spend eight to 12 weeks completing the project. And somewhere down the road—weeks, maybe months, later—a brand would act on those findings.

Today, businesses can’t wait that long. Thanks to ubiquitous social media and the ever-present instant messaging platforms consumers communicate on, the window to capture thoughts and opinions has shrunk to minutes and seconds.

Just look at what happened to Burger King earlier this year. On International Women’s Day in March, Burger King sent out a tweet that said, simply, “Women Belong in the Kitchen.” Subsequent tweets explained the context—it was part of a corporate campaign promoting a cooking scholarship for female employees—but social media didn’t capture that nuance. Within 24 hours, after a firestorm of controversy—and countless hours spent explaining and apologizing for the ill-conceived attempt at sarcasm—Burger King deleted the tweet.

In the old days—say, 2001—the speed of business would have allowed that controversy to simmer for days before a survey was conducted and a PR agency hired to put out the fire. But in 2021, brands realize that they have to be able to respond instantaneously—both reactively to things that are happening in the marketplace, but also proactively to figure out where consumers are going and what they’re thinking.

Brands realize that they have to be able to respond instantaneously.

This “need for speed” is one of the key benefits of the mobile messaging-based research solutions being pioneered by Reach3. According to recent studies, 90% of people read an SMS message within the first three minutes of it being sent; 95 per cent of text messages are read immediately. Compare that to the fact that more than 50 per cent of email—still, by far, the most popular method of deploying surveys around the world—are deleted without ever being read.

90% of people read an SMS message within the first three minutes of it being sent.

In 2002, an email survey might have been seen as cutting edge—but in 2021, with things changing so fast and everyone drowning in email overload, smart brands are realizing the importance of having data—any data—to make informed decisions. And increasingly, these same brands are leveraging the speed and immediacy of mobile messaging-based insights to quickly engage consumers in the moments when key behaviors are happening. 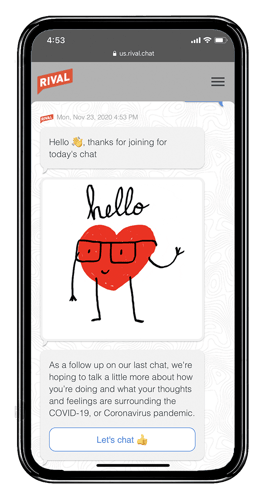 Last Spring, as the pandemic began shutting down major global economies and severely altering the well-established consumer routines that major brands depend on to drive sales volume, many of our clients began looking for fast answers on the impact of these changes to their business. We quickly created a community of consumers that allowed our clients to have near real-time understanding of changing consumer behaviors throughout the year. From breakfast consumption and shopping routines to TV streaming and video conference behaviors, we were able to capture instant insights on what’s changing and why – without having to wait weeks or months for results.

In another example of the immediacy of mobile messaging-based insight approaches, a major recreational vehicle brand that has been experiencing unexpected sales increases during the pandemic recently turned to Reach3 to help in quickly getting consumer feedback on potential new brand tag lines. Faced with an unforeseen executive presentation within 48 hours, they quickly deployed one of our fast, mobile messaging-based conversational exercises to test several new tag line ideas. By triggering the exercise with a mobile notification, the company was able to capture several hundred responses within a few hours of launching the exercise, capturing not only robust quantitative feedback, but also rich qualitative input and revealing video selfies of consumers explaining their preferences.

Faced with an unforeseen executive presentation within 48 hours, they quickly deployed one of our fast, mobile messaging-based conversational exercises to test several new tag line ideas.

And even before the pandemic, our sister company Rival Technologies worked with the Vancouver Canucks hockey team to help that organization better understand the fan experience and figure out factors that convert fans into season ticket holders. Traditionally, a sports team might have sent an email survey days—maybe weeks—after the experience had passed. But in an age of volatile customer loyalty, waiting that long to gain insight makes informed decision-making near impossible. 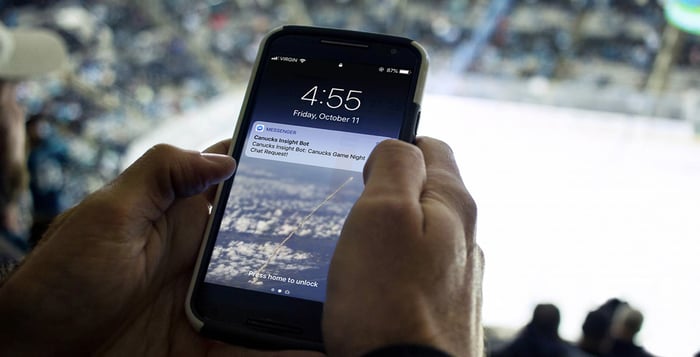 At the Canucks games, using fans’ mobile phones, we were able to capture “in the moment” insights—and fast. Fully 33% of the Canucks fans we surveyed responded within the first six minutes—with average response rates between 50 and 70%. When fans return to the arena later in 2021, having this sort of instantaneous, two-way communication will be critical for the Canucks as they try to rebuild confidence in a post-pandemic world.

Voltaire, quoting an Italian proverb, famously said that,“perfect is the enemy of good”—and brands are realizing that having fast, instant consumer insights is critical to staying ahead of emerging trends. Keeping close with consumers—wherever they are, however they’re communicating—is the new speed of doing business.