Conscious consumerism among Gen Zs: What young consumers expect from brands when it comes to social justice issues 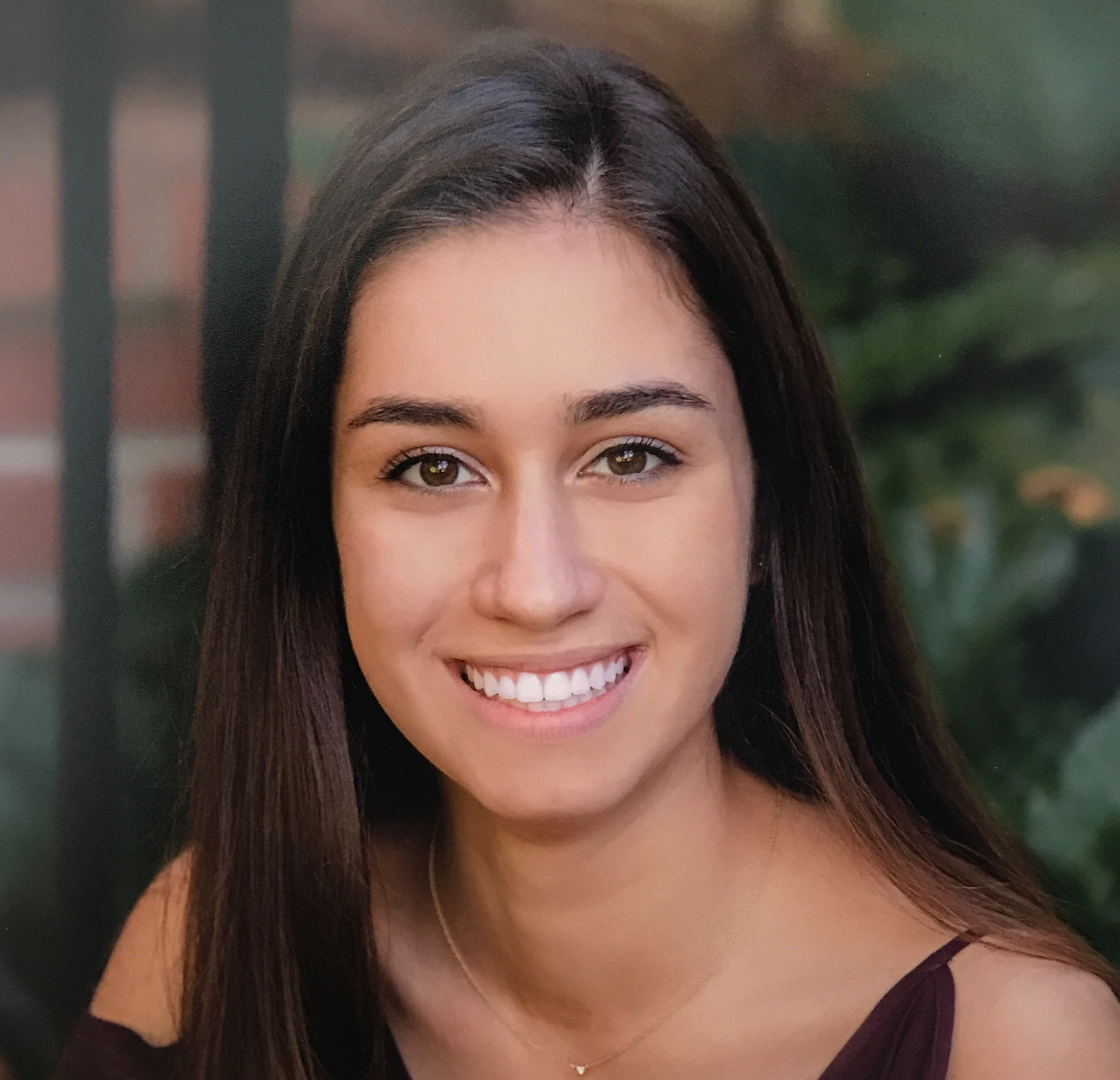 When a rally held by the president in Tulsa on June 20th saw a visibly low turnout, it became clear shortly after that teen users of the social networking app TikTok were partly responsible. According to the New York Times, dozens of TikTok videos began circulating before the rally, encouraging users to sign up for tickets without going. The plan worked: the rally drew less than one-third of the venue’s capacity—much to the chagrin of the president and his staff.

This example is one of the first that really demonstrates Gen Z’s political activism. While many of them aren’t old enough yet to vote, Gen Zs are showing that they can affect the political discourse in the country—and they’re not afraid to use technology to do so.

At Reach3 Insights, we work with clients from a wide of variety of industries who want to better understand Generation Z. Knowing the influence and future purchasing power of these young consumers, many global brands want to figure out how to make a more meaningful connection. In this effort to attract Gen Zs, many companies have embraced brand activism by commenting and supporting social justice issues.

But do these efforts make a difference with Gen Zs? Is there really a way for companies to insert themselves in racial equality issues in a way that’s sincere and not exploitative? 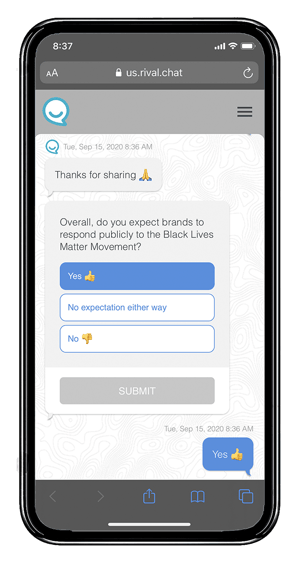 To answer these questions, Reach3 Insights conducted a study in July 2020 to uncover what’s motivating Gen Z’s participation in racial discussions and what they expect from brands. We leveraged software from our sister company Rival Technologies and used our conversational, mobile messaging-based approach to engage more than 500 research participants. Research participants for this study were recruited via our trusted sample partner ProdegeMR.

While our study drew a lot from Gen Z’s reactions to the Black Lives Matter movement, our findings reveal insights that can be applied to a wide variety of initiatives that tackle social justice movements.

At least when it comes to Black Lives Matter, slactivism is less likely among Gen Zs. Our research shows that 80% of Gen Z have taken action in the fight for racial equality versus 60% of older adults. 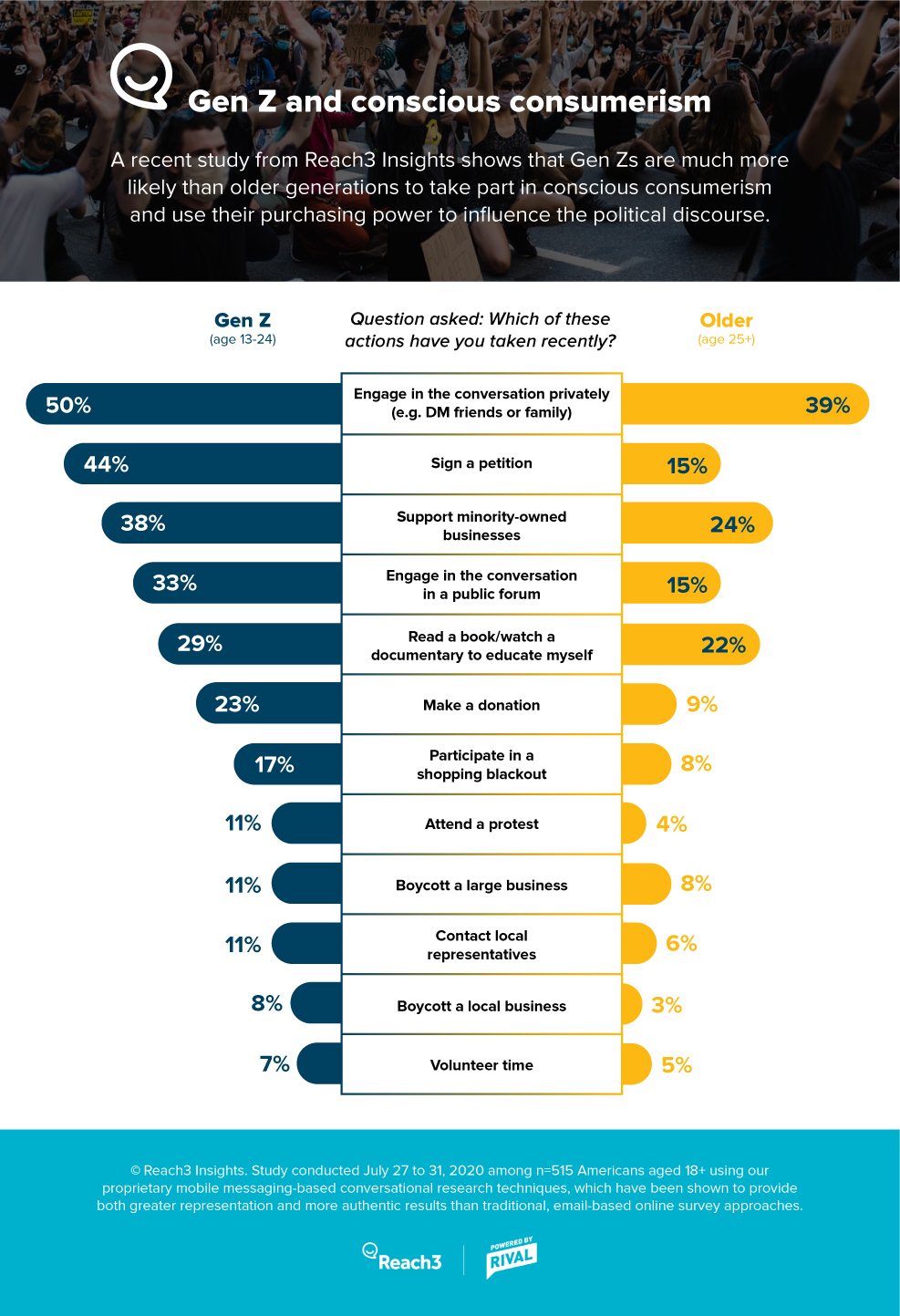 The channels Gen Zs use to access political content may help explain why they’re more likely to participate. We found that while Millennials tend to turn to television for political content, Gen Zs use TikTok and Instagram to find content related to Black Lives Matter.

This difference in content consumption matters because different channels can motivate actions differently. Videos on Instagram and TikTok, while often short, tend to end with a call to action. Contrast that to television content, which tends to be more objective and focused on facts. Many television shows, no matter their political leaning, aren’t encouraging people to go to protests.

Of course, the social aspect of these channels could also be playing a role. When people share content on social media, there is an element of virtue signaling involved; however, it also holds people accountable to their followers. And when users see that their peers are participating in political action, they’re more likely to want to get involved as well.

Perhaps because Gen Zs are more likely to take action on racial equality issues, these young consumers also have higher expectations when it comes to how brands insert themselves into racial conversations.

It’s important for brands to take the right actions because Gen Zs won’t hesitate to use their purchasing power to support brands with same values. Gen Zs are increasingly partaking in conscious consumerism, diverting their dollars towards companies that they perceive as ethical. Thirty percent of Gen Z said they were already partaking in conscious consumerism before Black Lives Matter; since the movement has started, 25% more have started using this form of activism.

“From my perspective, anything [other than] voting with your wallet is just noise right now,” said one participant. “I consciously look for Black-owned businesses to do business with. The reality is, these businesses are the ones that have a huge impact within the neighborhood I live in, so this lets me support my Black and Brown neighbors and friends in ways that have concrete results.”

So how should brands participate in discussions around racial equality?

For one, take a stand. Silence is seen as complacency. In our research, 61%of Gen Zs said they expect brands to make a genuine statement. Around 50% also agreed that they would stop buying from a brand that stays quiet.

More importantly, back up your words with action. Even more than social media posts, what Gen Zs really want to see is monetary donation towards organizations working towards racial justice.

Ben and Jerry’s and Nike were two brands that stood out the most to consumers in their responses to the BLM movement, because they took strong and meaningful stances early on, without fear of backlash. As one research participant ­put it, “Ben & Jerry’s not only identified the problem of systemic racism, but then said specifically what actions they were taking to combat it.”

When hundreds of global brands showed support for Black Lives Matter, there were legitimate concerns amongst critics that these initiatives were all performative activism. Many consumers felt like brands were trying to be “trendy” with their messaging and posting to maintain a good reputation. Our research shows that Gen Z consumers are particularly discerning of the actions companies take. If a brand did something hypocritical in relation to the movement, 39% of Gen Z might choose the brand less often and 32% would stop buying the brand all together.

“Simply posting things, or changing logos/names of products (like Jersey Mikes renaming the BLT to the B.L.M.) is not enough,” said one research participant. “Take a more affirmative stance against racism. Share the hard to swallow facts and stop worrying about how your white/conservative consumer base will be offended.”

55% of Gen Z said they are going to participate in conscious consumerism going forward.

The momentum around holding brands accountable does not stop here. In fact, 55% of Gen Z said they are going to participate in conscious consumerism going forward and would like to see brands taking a stand on social issues. Issues such as gender equality, LGBTQ+ rights, and public health were popular among social issues that Gen Z would like to see brands act on. However, more importantly than the cause(s) chosen by a brand, is for brands genuinely passionate about the causes they support and actively making contributions towards change, especially before the social cause is in the spotlight.

Gen Z is motivated by making change in their world and conscious consumerism is only becoming more popular. As the purchasing power of this next generation of consumers continues to increase, brands are faced with a choice: take meaningful social action, or risk losing Gen Z.