When Deadpool, Star Wars and pop culture invade Fortnite: What marketers can learn from Epic Games about brand collaborations

Brand collaborations need to introduce something fun and unique for your customers.

The popular video game Fortnite is now a few weeks into Chapter 2, Season 2 and is in the midst of a slow-burn reveal of their latest pop culture cross-over. The irreverent Marvel character Deadpool has been offering up weekly challenges in this new season, with the expectation they will lead to an unlockable Deadpool skin that players can earn and use themselves while playing. Considering the popularity of Deadpool among the gaming crowd, it’s only a matter of time before there are countless Deadpools running around in a game of Fortnite!

This Deadpool collaboration is the latest in what is already a string of high-profile collaborations from Fortnite. In February of last year, Fortnite got close to 11 million people—an audience that’s bigger than most broadcast primetime shows today—to watch an exclusive Marshmello concert. And then in December 2019, the game collaborated with Star Wars to give an exclusive sneak preview of the saga’s latest movie. The event was a bit of a technical mess but a success nonetheless. Most recently, Fortnite teamed up with DC Comics and the Birds of Prey movie, allowing Fortnite players to buy a Harley Quinn character skin.

In addition to these one-time events, Fortnite has been rolling out interesting brand partnerships via Limited-Time Modes (LTMs). For the uninitiated, LTMs differ a bit from one-time events in that an LTM involves playing an actual modified game of Fortnite versus just watching an event unfold. You may get new weapons, new skins and new characters in an LTM, but the rules of the game remain the same: be the last one surviving. High-profile LTM collaborations so far include The Avengers: Endgame and John Wick.

As a market researcher and a gamer myself, I think Fortnite’s strategy for crossovers is a game-changer for the industry. They generate a lot of buzz and interest for Fortnite, but perhaps more importantly, it’s an impressive approach that’s forcing the industry to rethink what a video game should be. Video games have dabbled with pop culture cameos before, such as Mortal Kombat 11 adding The Joker or sports bar stalwart Big Buck Hunter adding a Terminator Salvation mode, but those can feel like small treats tacked on. Fortnite, on the other hand, turns their pop culture crossovers into must-see/play events. It’s a strategy that’s changing consumer expectations for gameplay and entertainment.

In a recent study for Reach3 Insights, we set out to understand how players feel about Fortnite’s high-profile brand collaborations. Using software from our sister company Rival Technologies, we developed a conversational survey that explored gamers’ attitudes and behaviors toward Fortnite crossovers. In the end, close to 300 people (57% of them under the age of 35) completed the chat within a couple of days, and findings from the study provide some interesting insights on what it takes to create effective brand partnerships today. 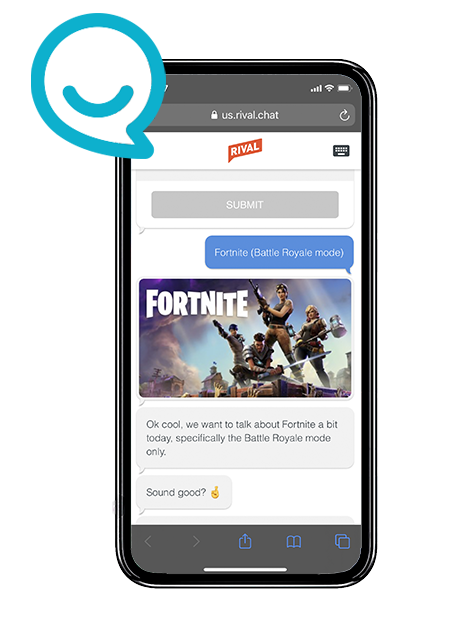 Keep them fun and exciting

An overwhelming majority—92%—of Fortnite players told us they love crossovers. Half of the players indicated they have participated in at least one event (50%), which is notable since these typically happen just once. If players don’t log in at a specific day and time, they’ll miss the event. The fact that so many have participated shows that people go out of their way to make time for Fortnite’s crossover events.

When we asked gamers why they love these events, fun and variety emerged as big themes. “It makes the game fun and fresh, it never gets old,” noted one person. Another gamer said, “it's cool to bring real life into the game, it shows that the developers pay attention to real life trends.” 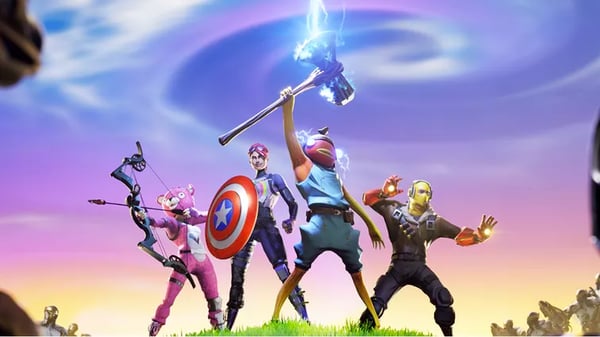 The more elaborate LTMs do an effective job of drawing people in. Seventy-five percent of the gamers we engaged said they have played one of the recent Avengers or John Wick LTMs. While these likely take more development effort to implement in game, our study shows that these do attract gamers. For example, 49% of the gamers we chatted with said they specifically go out of their way to log into Fortnite for crossover events.

In a previous Reach3 study, we’ve noted how Fortnite appeals to the strong emotions of gamers to keep them coming back. Our more recent research shows that Epic Games is still doing a good job of keeping the excitement high for gamers. The takeaway here may seem obvious, but it’s worth repeating: any brand collaborations you do need to introduce something fun and unique for your customers, and with brands that your customers already have a genuine affinity for. Barring that, you may want to re-consider.

Lean in on scarcity

So far, Epic Games has been very selective with the movies and celebrities it has worked with. Despite the overwhelming success of the Marshmello collaboration, for example, Fortnite is yet to do another live concert. Fortnite has also been smart about which franchises it allows to make an appearance in game, so far limiting it to blockbusters like Avengers.

This approach of partnering only with big, established franchises seems to be working: half of players said they like crossovers because they’re also fans of the franchise that’s “visiting” Fortnite (48%).

By limiting the time people can access these, the game creates exclusivity and drives word of mouth and excitement.

The fact that these events don’t last very long provides an incentive for people to participate to avoid FOMO. By logging into the game at specific time periods, gamers can potentially gain social clout by having a unique experience that they can talk to their friends about. Epic Games could probably just as easily make events longer or even make them permanent, but by limiting the time people can access these, the game creates exclusivity and drives word of mouth and excitement.

When asked about which Fortnite events people have participated in, the game’s New Year’s Eve events came up on top with 34%. The Star Wars crossover (31%) and The End of the World event (30%) were close runner-ups, but it’s nonetheless surprising that an event not attached to a blockbuster franchise ranked first.

Repeat events create a sense of tradition—and gives people something to look forward to.

It very well could be that New Year’s Eve has a more universal appeal compared to a single franchise or that it ran hourly throughout the day, but there’s something to be said about creating anticipation through repeat events. It creates a sense of tradition—and gives people something to look forward to.

Of course, the key is to consistently provide a great experience. If Fortnite’s first New Year’s event was a bust, I doubt their second one would have gained a big following. That said, if you and a brand partner can think of repeat events for collaboration (and perhaps attach those events to a holiday), you have the opportunity to create something bigger and more epic.

It’s all about your audience

Crossovers make Fortnite vulnerable to mistakes and to potentially damage its own brand, but so far, it hasn’t made any notable mistakes yet. In fact, our study shows that Epic Games is doing a good job of making crossover events and LTMs appealing to gamers and something to generate buzz. This is not an accident as the company clearly knows its gamers well and is being picky with the collaborations it pursues.

Ultimately the big takeaway for other marketers is simple: brand collaborations can work, but they have to be done carefully and with a deep understanding of your target audience. Prioritizing the experience and expectations of your consumers is key to making collaborations work for you and your partners.